You might have seen adlai during a trip to the Asian grocery or whole foods markets, or noticed that it’s slowly competing with quinoa as an alternative to rice. Perhaps, you’re on a search for healthy foods, or maybe this is your first time encountering the name of this unique grain. Regardless of how you came across adlai, it’s certainly worth the buzz.

So what exactly is adlai and why should this be your next pantry staple?

What is adlai?
Adlai is known by many names: Chinese pearl barley, coix seed, and hatomugi, to name a few. But its most common name would be Job’s tears. Job is known as ‘a man of many sorrows’ in the Bible. The legend goes that when his tears fell to the ground, they caused the tall grass to sprout.

In reality, adlai is a member of the grass family and can grow up to six feet tall. It has a teardrop-shaped husk or bead whose weight causes the stem to bend towards the ground. These husks can be used as ornamental beads, while the root and seed can be used as medicine. Adlai is a crop from the same family as wheat, rice, and corn. It’s native to Southeast Asia but is also grown in China, Japan, and India. However, even though this grain is gaining popularity, it’s quite difficult to obtain with only limited countries producing it. You can find it at Asian markets labeled as “Chinese pearl barley” or you can order it online too.

Nutritional benefits
What makes adlai a superfood? For starters, adlai is a completely gluten-free grain, so it’s perfect for those with gluten sensitivity. This is a carbohydrate that also has a low glycemic index (GI). In fact, it has the lowest GI among grains, so it’s very safe for those who are watching their blood sugar levels. This is because carbohydrates with a low GI are more slowly digested, absorbed, and metabolized, so the blood glucose and insulin levels have lower and slower rises. You can pretty much eat twice as much adlai as white or brown rice for the same increase in your blood glucose level. Adlai also has more calories than white rice so it leaves you feeling full for longer, but it doesn’t leave the same sluggish feeling you get when you’re full from eating white rice or pasta.

Adlai is high in dietary fiber, which is good for the probiotic bacteria in the gut and the removal of bad cholesterol. It’s also high in calcium, which is needed to not only to maintain healthy bones and teeth, but also to assist nerve transmission, blood clotting, and muscular function. Plus, it’s high in protein and other minerals, such as iron, phosphorus, niacin, riboflavin, and thiamine. To that end, its phosphorus keeps bones strong and healthy too, and can repair damaged tissues. What’s more is that adlai has anti-cancer and anti-inflammatory properties. Traditional Chinese medicine uses it to treat the pain from rheumatism and lower lung inflammation.

How does adlai compare to other grains?

Adlai vs Quinoa
Quinoa is technically a seed rather than a grain, but it’s classified as a whole grain. It’s one of the most popular health foods today. And admittedly, quinoa has adlai beat in quite a few aspects — calories, protein, and fat. However, the dietary fiber content is almost two-third that of adlai, and it has quite a high GI.

Adlai vs White rice
White rice has a high GI beats adlai only in carbohydrate content. In other aspects, there is a huge difference in iron, calcium, dietary fiber, phosphorus, and protein content.

Adlai vs Brown rice
Brown rice has a relatively high GI index as well, though it’s lower than that of white rice. Brown rice may beat white rice over every aspect, but it’s better than adlai only in terms of phosphorus and niacin content. However, the difference between niacin content in adlai and brown rice is very minimal. Niacin is also known as vitamin B3 and every part of the body needs it. Among other things, it can help lower cholesterol, ease arthritis, and boost brain function.

Adlai has a firm, chewy texture (similar to noodles) and is generally tasteless, so you can use it the same way you would white rice. Put it in soups, salads, and grain bowls. However, you’ll need more water to cook it since it’s tougher than white rice. One of the easiest ways to cook adlai is using a rice cooker. Today’s mini rice cookers can cook more than just traditional grains. These devices are well-equipped to prepare even potatoes, beans, and eggs, and oftentimes all you have to do is push a button. If you want adlai with a fluffier texture, you can soak the grain in water four to eight hours before you cook it. Another way to make a grain bowl with adlai is to fry it. If you can make fried rice, you can make fried adlai too! The frying process is just the same.

Making soup with adlai can be quite simple too, as it’s mostly just a matter of combining ingredients in a pot. Adlai can be used for chilled dessert soups as well. For salads, you can simply sprinkle some grains on top. Another suggestion is to grind the grain into flour to make bread, pasta, and oatmeal with.

Yes, you can use adlai for making drinks as well. The most common example is an herbal tea where you combine it with lemon. You just need to soak and boil it until soft. Add rock sugar and lemon after cooking, and you’re done! You can drink the tea hot or cold.

Adlai can be quite hard to find, but with such high nutritional value and many ways you can incorporate it into your diet, it is definitely worth it. If you’re looking for other ways you can eat healthy, there are many recipes that can get you started. 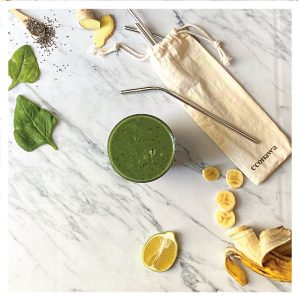 6 Foods to Reduce Stress and Nourish Your Body 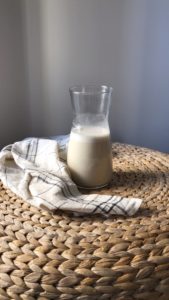 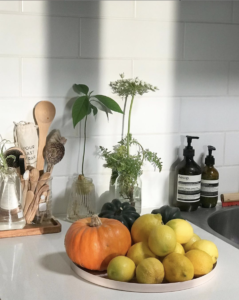 6 Reasons To Use Eco-Friendly Products 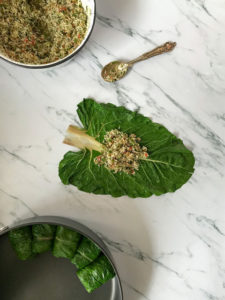 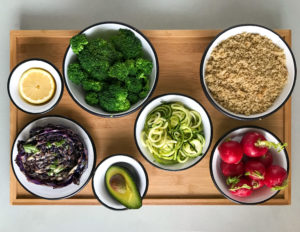 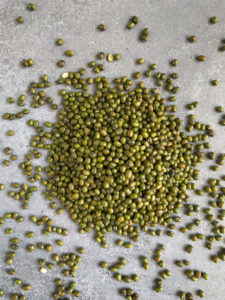 How to Sprout Mung Beans. A Step-by-Step Guide + Recipe